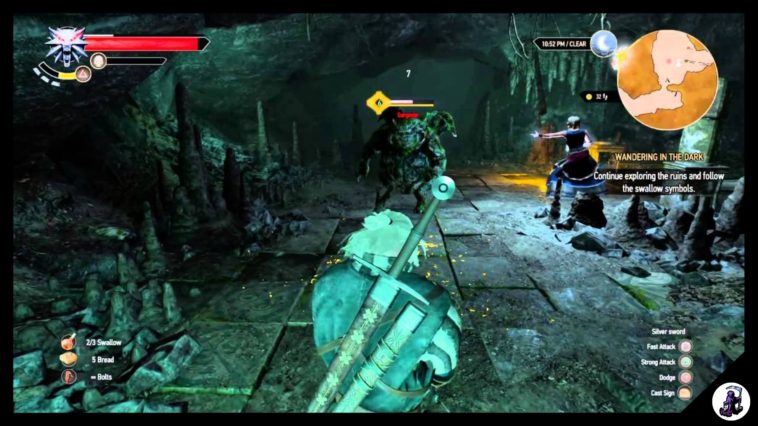 If there’s one thing that everyone loves, it is crisp graphics and animations that make the player get immersed in the gameplay and Witcher 3 is the prime definition of it. Witcher 3 is the third sequel of the action-packed roleplaying Witcher series. CD Projekt Red has done a tremendous job giving Andrzej Sapkowski’s book a thematic and intensely addictive twist.

In this article, we will touch on how to beat the Gargoyle in Witcher 3. We hope you enjoy our quick guide and as always, game on!

If you’re one of those people who love story-based roleplaying games, Witcher 3 would be the best choice you might be making in 2022. The game takes place in a fantasy world where the world is now filled with different kinds of monsters which happened due to an event known as “Conjunction” which was the reason why this world was merged with the others.

The main character is Geralt of Rivia who is known as the “Witcher”, a mutilated monster hunter who increased his effectiveness against them. This pale-skinned cat-eyed hunter has the responsibility to take contracts on monsters. One of those dangerous monsters is Gargoyle and if you’re in the fandom, you’d know how everyone just hates it.

How to Beat the Gargoyle?

There’s a reason why everyone hates going against a Gargoyle. They are animated stone status. What makes them special is how they have superhuman strength and have boulder-like fists. One can imagine the immense amount of damage a single hit by them can cause. Defeating a Gargoyle is a hassle of its own and nobody ever wants to deal with that.

If you’re going against it, there are several things you need to follow to beat a Gargoyle.

Going against a Gargoyle most often means a quick death without putting even a scratch on it. However, they do have a vulnerability despite their study and colossal structure. Wielding a Silver Sword and expertly using it on a Gargoyle is the surefire measure of defeating it. When you slay it, it will end up exploding violently. If you want extra damage and end it quickly, a Deithwen offers a 25% bonus.

Keep your Distance and Avoid the Vomit

Along with being intimidating and extremely powerful, it can put you at a great disadvantage if you’re fighting closely. Fighting a Gargoyle requires you to maintain a great distance from it. Not just that, you also need to safeguard yourself from its intermittent vomit, rock toss attacks, and spew.

Heavy Attacks on the Back

A Gargoyle is not easily affected by your slashes and intensely hard hits. To put a dent in its gigantic structure, nothing works as impressively as a heavy blow on the back. If you’re aiming to yield high damage points, using Deithwen on its back is going to add more to the damage a Deithwen alone would have.

Another weapon that works in your favor as you fight the nasty Gargoyle is the Dimeritium Bomb. There exist three different versions of this including standard, enchanted and superior. If you want to have the upper hand, you need to own some of these. To craft these bombs, you will need to combine 5 saltpeter and 2 optima mater.

The bomb works by blocking the monster’s magic abilities and lets you take charge of it instantly. It will also slow down its movement significantly allowing you to attack from the back a lot easier.

When an enemy is bigger and has superhuman strength, it is quite slow at times which allows you to move around quicker and attack accordingly. If a Gargoyle hits you before you can lend a shot, consider your game over right there and then.

Casting a Quen sign allows you to go in for close combat with your sword swinging. It makes you immune to the stomp shockwave and you can easily hit up to 5 swift attacks. If you get lucky and hit them all on its back with a Silver Sword, your chances to win grow astronomically.

With every new sequel released, Witcher’s graphics and story progression continue to improve significantly but there’s more to a game than just a smooth user interface. Getting to fight exciting battles, killing tough enemies is all part of the game and Witcher 3 offers it all.

Unlike other roleplaying games, there are a lot more details to even sidekick villains and enemies, and killing them requires top-tier skills and finding their weaknesses. Gargoyle is not the main enemy of the game but gives most players some of their toughest times beating it. If you want to beat it, you’re going to have to follow these tips conscientiously.

We hope you enjoyed our quick guide on how to beat the Gargoyle in Witcher 3. Comment down below if we missed anything!